The amount of information and knowledge we can obtain from space is simply unimaginable. When we think of the Space Station, or anything that involves space and off-Earth missions, the first country that comes to mind is the United States. 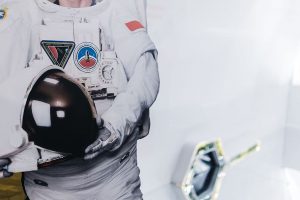 However, China is investing heavily in its space program. And it’s no surprise that China has been increasingly ambitious. Now, the first astronauts have arrived at China’s new space station. That feat was on the longest crewed mission in the country to date. This was a very important step in establishing Beijing as a space power.

The trio of astronauts took off on the Long March-2F rocket from the Jiuquan launch center in the Gobi Desert of northwestern China . After approximately seven hours the ship docked at Tiangong station. Astronauts will spend the next few days on it.

Chinese state broadcaster CCTV showed a live broadcast from inside the spacecraft during the trip with the three astronauts. One of them smiled and waved at the camera after the ship reached orbit,

The Shenzhou-12 spacecraft separated from the Long March rocket and “successfully docked at the forward port of the Tiangong station’s central module,” according to the China Manned Space Agency.

Astronauts were shown entering the central module. And one of them did a 360 degree turn as it entered. The trio of astronauts settled into their quarters and opened the cargo door to Tianzhou-2 on Friday morning. 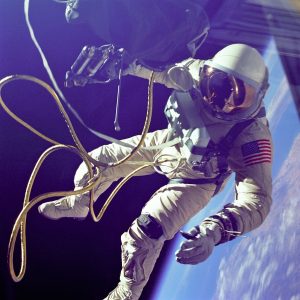 Mission commander Nie Haisheng is a decorated People’s Liberation Army Air Force pilot who has participated in two space missions. And the other two mission members are also military.

The space station’s central module has two separate spaces for each astronaut, a space treadmill and bicycle for them to exercise, and a communication center for email and video calls with ground control.

According to Huang Weifen of China’s Manned Space Program, the astronauts would take two spacewalks during the mission. The two would last six or seven hours. In addition, he also said that the trio of astronauts would wear newly developed spacewalking suits.

This launch of China’s first manned mission in nearly five years is a matter of enormous prestige as Beijing prepares to mark the 100th anniversary of the ruling Communist Party on July 1st.

The Chinese space agency’s future plans are 11 launches by the end of next year. Among them, three manned missions that will deliver two laboratory modules to expand the station.